What IS ATLANTA HUSTLE? 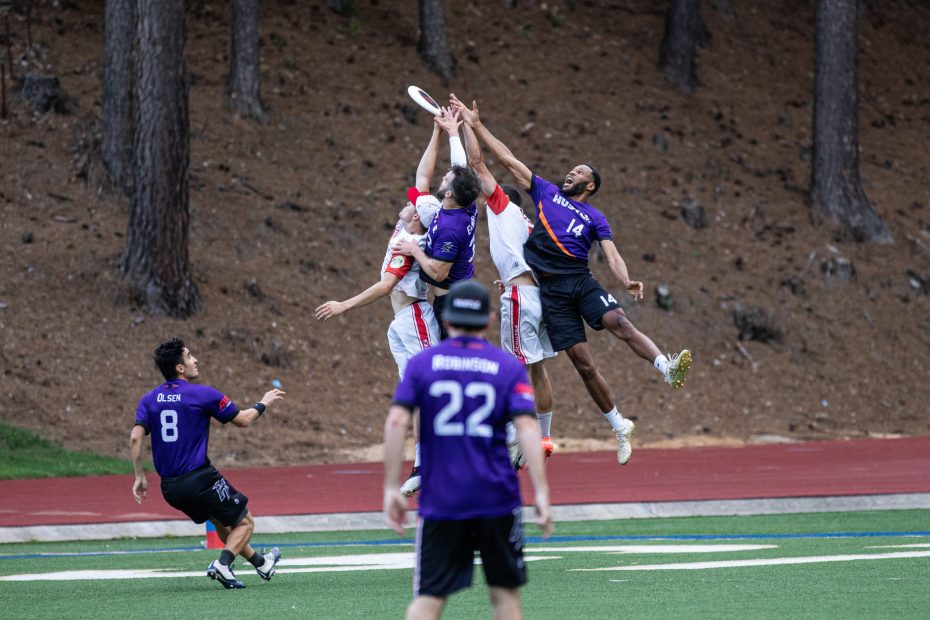 Atlanta Hustle are a professional ultimate team founded in 2015 as a member of the American Ultimate Disc League (AUDL). The AUDL was founded in 2012 and is made up of 25 teams from the US and Canada. In 2022, the Hustle will play games from late May through July, including six home games at Silverbacks Park.

The Hustle are participants in the South Division featuring teams from Austin, Dallas, Raleigh, and Tampa Bay. In 2021 Atlanta finished the regular season with a 9-3 record, earning their first playoff appearance since 2016. After bolstering their roster in 2022 the Hustle seek to win the division and participate in Championship Weekend in August.
Learn more about the Atlanta Hustle or Buy Tickets (25% home opener off with code Silverbacks).